I’m not sure where to start. So much is happening in my life these days. 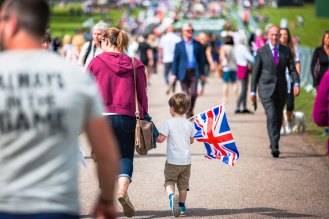 Yesterday, for example, I pledged allegiance to Queen Elizabeth II.

As if pledging allegiance to a single human being, a non-elected monarch at that, wasn’t enough, to become a British citizen I also had to pledge allegiance to Charles.

I had to pledge allegiance to all of Elizabeth’s successors and heirs. No matter how horrible or evil they might turn out?? Some of you might like that Meghan Markle, but I’m keeping a close eye on that one and her progeny.

Am I the only person who sees something terribly wrong about all this?

Not that I didn’t do it. I did it. I pledged my allegiance. And, as I explained to my personal trainer this morning in the midst of all my moaning and groaning—because of the heavy lifting but more because I was explaining the process of becoming a British citizen to my now fellow Brit—my word is my honor. I mean honour. END_OF_DOCUMENT_TOKEN_TO_BE_REPLACED

Nadia: “But I want to save the world!”

Nadia’s best friend Arwa: “Save it! Just don’t let it bother you!”

It was at that point in the conversation that I realized I was properly PMSing.

I’m not aware when exactly it happened or how long it’s been going on, but at some point in time I appointed myself savior of all humanity (in Egypt only really because saviors need to be realistic about their goals) through Facebook.

I could go on joking about this and making fun of myself. That would be easy. But I won’t. Because no matter how silly and superficial it sounds, “it” isn’t silly or superficial at all.

I’m not sure when the messages started rolling in. It’s been at least two years now. Maybe three. Perhaps four? Complete strangers, almost all of them Egyptian, started popping up in my Facebook inbox asking if I would listen to their story. So I listened. At first I was receiving one message every few days. Then, for a long time, a year or two, I was receiving around two messages a day. Recently I posted what I thought was another one of my “normal” statuses but for some reason it went absolutely and crazily viral. That day and for a few days after I was receiving tens of messages from complete strangers. All needing a listening ear. END_OF_DOCUMENT_TOKEN_TO_BE_REPLACED