I feel Eid is a particularly difficult holiday for me these days.

We have two big religious holidays in Islam. They are both called Eid. One lasts for three days and follows fasting the month of Ramadan. The other lasts for four days and happens towards the end of the annual Pilgrimage. The Eid following Ramadan is a particularly happy one for me because it signifies going back to eating, drinking and sleeping the way I normally do. On the first day of Eid in my family, we’d go to my father’s house first thing in the morning. My sister would have inflated a ridiculous number of balloons and left them all over the house. She’d have lights and decorations everywhere. There would be a corner where she placed presents for everyone, and we’d arrive carrying presents for everyone as well. They’d all be placed in the corner and we’d then spend about half an hour opening them all up and getting excited about what was waiting for us and what we found. My father would always give every single one of us some money. We’d then spend about three hours arguing about which restaurant to go to for lunch. And to solve this annual dilemma, we always ended up going to Chili’s, because it’s the only place that the children ever wanted to go to. In the evening, we’d  visit members of my ex-husband’s extended family. Our children would get money gifts from everyone and would come out of the day very rich. Over the period of the next two days, we’d visit more family and sometimes friends. It’s not all that unlike how many people celebrate Christmas, although things vary from one family to another. Many people, for example, use the days off to spend Eid on Egypt’s north coast.

Since I’ve come to the UK, Eid just seems to be getting more and more difficult. END_OF_DOCUMENT_TOKEN_TO_BE_REPLACED

I grew up in a conservative Muslim family in the United States. Except for my early years as a child, we did not celebrate 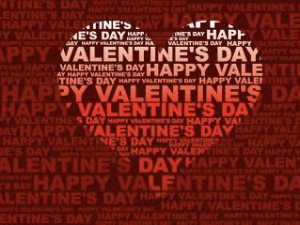 It is a positive thing, in my view, to have an annual reminder that your spouse, parent, or child deserves that extra bit of special attention.

birthdays. We never celebrated Christmas. We didn’t do anything special for Thanksgiving. New Year’s Eve was never a proper big deal. But we always went all out on Eid. Eid was our special day as Muslims, my father taught us. The house was decorated and we received loads of presents. My mother made special foods and desserts. We had lots of people visiting and the Muslims in our town all gathered for a special Eid celebration.

As I grew older, and later as I became a mother myself, I had no issue with continuing my own family life this way. It was the lifestyle I knew. What one knows is one’s norm. My birthday, for example, would pass and I wouldn’t even remember it. That has always been perfectly fine with me. I feel uncomfortable when too much attention is placed on me. Age, to me, has always been nothing more than a number. It is how I feel about myself inside that counts.

But also, as the years moved on, I began to recognize that I had a need to be acknowledged every now and then by the people I love.

Is it religious or cultural?

Several times a year, the Muslim community worldwide rises in an uproar about the un-Islamic nature of the many special days the mainly Western cultures of the world celebrate: New Year’s Eve, Valentine’s Day, Mother’s Day, Father’s Day, Halloween, Thanksgiving, Christmas, birthdays, and the list goes on. Bid`ah (innovation)! many shout. A long rant may follow about the pagan origins of this holiday or the Christian origins of that.

Read the rest of my article where it was originally published on OnIslam.

When I was a little Muslim girl growing up in Midwest USA, my Egyptian father did everything in his power to segregate us from

I managed to get away with some things. At school I engaged in the arts & crafts activities of Christmas. Everyone at home appreciated the clove-covered apples wrapped in shiny ribbon that made a room smell nice. My father would not allow me to take part in Christmas plays or even watch them for that matter. But I did find myself humming along to Oh Holy Night and The Little Drummer Boy during music class. I couldn’t help it. They were catchy tunes. Those songs were overtly religious and were frowned upon by my father, as opposed to Jingle Bells and Rudolph the Red-Nosed Rein Deer that were both allowed. END_OF_DOCUMENT_TOKEN_TO_BE_REPLACED